The 17th Annual Metro Ranking Report by Business Facilities named Nevada as the seventh state with the best business tax climate. The company specializes in economic development and site selection information, also naming the Silver State in the top ten for several other business categories, including population growth and renewable energy. Reno itself ranked high as an attractive work destination for millennials.

One of the key advantages of Nevada is its business-friendly tax structure and has been a huge factor in attracting companies to the state. The greater Reno-Sparks metro area attracted 17 corporate headquarters to the region last year despite being in the midst of a pandemic.

“Our climate, outdoor recreation activities, minimal drive times, reasonably affordable housing and proximity to California are all reasons to come here,” said Mike Kamzmierski, president and CEO of the Economic Development Authority of Western Nevada (EDAWN). “The icing on the cake is the low property taxes and no income taxes.”

Nevada came second after Idaho in the list of fastest-growing states, with mountain states dominating this year’s rankings as Arizona and Utah came in the top four. Nevada also shone in the renewable energy department, ranking fifth for its renewable portfolio standards after Maine, New York, Washington, and California. When it comes to solar energy, Nevada did especially well and made the top lists for installed solar power capacity, the percentage of electricity from solar, and solar-power jobs.

There were several Nevada cities that made the list in a few metro categories. Reno ranked ninth in the “Millennial Magnets” category for attracting young professionals. Hartford, Connecticut topped that list, which also included metros with plenty of job openings as well as a good work-life balance. The Tahoe-Reno Industrial Center (TRIC) that lies just east of Reno-Sparks beat out Cedar Point Industrial Park in Texas and Elk Grove Business Park in Illinois as the first in the industrial parks category.

For our neighbors to the south, Henderson has the highest per-capita income in the state and placed fifth in the list of mid-size metros with the best business climate. Las Vegas placed seventh for its number of megawatts per capita for solar energy and tenth for installed solar capacity.

Below is a list of some of the notable categories included in the report: 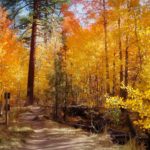