State Policy Reports has ranked the state of Nevada as the best economy in the country. The report ranks states based on their most recent performance in three key measures of vitality: personal income growth, employment growth, and population growth. Nevada earned the first spot in the first quarter of 2022.

“Nevada’s economy is strong and on the right track,” said Governor Steve Sisolak. “State Policy Reports’ ranking is another key indicator that Nevada is not only a great place to live but a great place to be in business. Across all agencies, we are laser focused on creating opportunities for Nevadans.”

This latest update contains only 19 states that have exceeded the national economic performance, including no-income tax states Texas and Florida. Nevada also led the charge in employment change, beating out Hawaii and California. The Silver State saw its employment increase 9.7% over the past year, which is almost double the national average of 4.7%.

For personal income, Florida and Texas were slightly ahead at 10.3% compared to Nevada’s 10.2%. The annual population growth in Nevada sits at 1%, significantly higher than the national average of 0.12% but not nearly as high as the first place spot held by Idaho at 2.9%. Oddly enough, Nevada’s unemployment rate is still high at 5.1% while the national average sits at 3.9%.

Nevada’s economy is just one of many reasons why the state is a wonderful place to live. Nevada residents enjoy no personal income tax, low property taxes, no corporate income tax, no tax on corporate shares issued while living in Nevada, no tax on sale or transfer of shares, and no inheritance tax. If these individual tax breaks aren’t convincing enough, there are even more tax break incentives for business owners looking to relocate! The Governor’s Office of Economic Development of the State of Nevada offers such incentives from sales tax abatement to modified business tax abatement, and even outside the realm of taxes. Incentives carry over into employee hiring and training as well.

Not only are companies receiving tax incentives to relocate, but Reno is a true haven for the many employees that come along. With it’s humble roots, there’s a reason Reno has the infamous title of “The Biggest Little City” – because the city has the amenities to keep most people happy while still feeling like you know your neighbor. Here in Northern Nevada, there is a friendly vibe found in the culture that resonates throughout the region.

As you are on the hunt for a home, keep in mind the beautifully forested community of Montrêux Golf & Country Club, a private gated golf course community with so much more to offer than golf. This gated community of luxury custom homes surround the 18-hole, Jack Nicklaus Signature par 72 course, a world-class Clubhouse, walking trails, tennis and sport courts, pool and spas, Fitness Center, and much more. Parc Foret is still offering available homesites and resale homes within the gates – contact us today to see what’s on the market.

The State Policy Report is provided by the Federal Funds Information for States.

About FFIS:The federal budget provides about 30% of state revenue, making it the largest single source of funds for many states. Federal Funds Information for States (FFIS)—founded by Vic Miller on behalf of the National Governors Association and the National Conference of State Legislatures—helps states manage their federal funds by analyzing the impact of federal actions on states—be it sequestration, budget enactment, new legislative proposals, or potential government shutdowns. 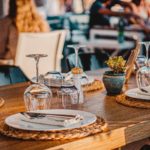