In March 2020, Harrah’s Reno shut its doors when the coronavirus pandemic forced a 78-day shutdown of the Nevada gaming industry and it never reopened. Sold two months earlier for $50 million to Las Vegas-based CAI Investments, the property was previously owned by Caesars Entertainment and VICI Properties.

CAI, a real estate development and management company, announced last year that it would convert the old 980-room hotel-casino into Reno City Center, a mixed-use development with 530 one- and two-bedroom residential units. The casino area would be replaced by commercial office space, restaurants, and retail.

The Harrah’s sign and it’s fading outline will no longer exist and instead a building-height illustration of a downtown Reno map with the Truckee River will stand and highlight the City Center’s location as the original casino in the Harrah’s chain opened by William F. “Bill” Harrah in 1937. Reno City Center is slated to open early next year.

The CEO of CAI Investments, Chris Beavor, grew up in Reno and has a vision of a downtown framed by the Truckee River while underscoring Northern Nevada’s outdoor lifestyle. Other residential developments may even move from the planning stages to construction based on the success of Reno City Center.

“We look for a void in the marketplace and what Reno needs right now is people living and breathing in downtown,” Beavor said. “That’s one way you activate the community.”

Transforming downtown Reno from a gaming destination to a place with affordable living spaces, vibrant restaurants, stylish hotel rooms, and non-gaming entertainment options will help to stimulate growth in the market. A University of Nevada, Reno study found that 13.8% of Reno’s economy in 2002 was driven by gaming and by 2020, that figure was down to 5.3%.

“Quite honestly, Reno has needed a bigger and bolder vision for a long time,” said Mayor Hillary Schieve, who is nearing the end of her second four-year term as the city’s top elected official and is credited with helping to revitalize the city’s Midtown area. “Downtown has suffered for many years. We need to bring tourism back, but in a different way. I think it’s good to have a completely different set of eyes because you have new people coming here.”

In all irony, Reno’s casino market is in the midst of its best gaming revenue performance since 2005, the first nine months of the year 16.8% ahead of 2019’s pre-pandemic figure of $636.9 million.

In 2000, Reno casinos accounted for 11.6% of the statewide total gaming revenue, but by 2019 that number was down to 5.2% and the number of gaming locations in Reno had rapidly declined. Bussmann doesn’t believe that Reno will ever return to the level of gaming it saw 20 years ago, especially because of the continued expansion of California.

Reno’s conversion to non-gaming took a leap forward in 2014, when the shuttered Fitzgeralds Reno was reopened as the Whitney Peak Hotel, an independent non-gaming, non-smoking 310-room hotel near the Reno Arch. The property includes an indoor climbing gym and “Whitney Peak’s Basecamp,” a 164-foot-tall outdoor climbing wall that reaches the building’s roof and has been designated by the Guinness Book of World Records as the “Tallest Artificial Climbing Wall.”

“You have to embrace change. I know it’s hard for a lot of people,” Schieve said. “That’s why I think it’s so critical for the city to build those relationships with developers, so that we have a sense of pride in the project, but we also have some skin in the game.”

In addition to the residential plans, the second through fourth floors of the main tower have been leased by a technology company. The space will be converted to offices for roughly 600 workers.

“Hopefully, some of them will be living on our property,” Beavor said. “When they get off work, they will probably stay around and activate downtown.” 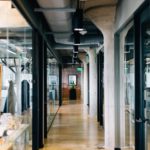