The first electric car charging station arrives along U.S. Highway 95 in Beatty, making the journey across Nevada even smoother.

On March 1, Governor of Nevada Brian Sandoval drove an electric car with a bright Nevada Department of Transportation logo into Beatty, NV and plugged the Ford Focus into a charging port. 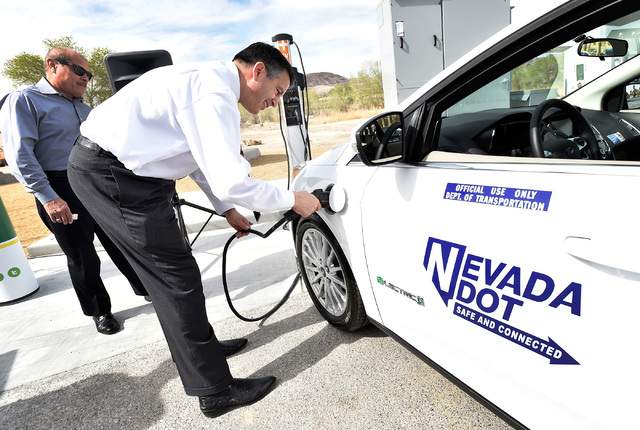 This action kicked off a new chapter of Gov. Sandoval’s “New Nevada” tech program, with the dedication of the first state-sponsored electric car charging station in rural Nevada.

The crowd consisted of about 40 people. Some were Valley Electric Association board members and executives, some residents of the small town sitting at the gateway to Death Valley National Park, employees of Eddie World, the infamous nut and candy stopover between Las Vegas and Reno, as well as curious travelers on U.S. Highway 95. They all gathered to watch the Governor cut the ribbon signifying the official opening of the charging stations.

Two charging stations are at the site with three ports each – two of the ports will fully charge a vehicle in four hours, the other has an accelerated charge that will get the car to 80% in 30 minutes.

The Beatty charging station is the first of four that will be built along U.S. 95, the 448-mile route connecting Nevada’s two largest cities, Las Vegas and Reno. Other stations are planned for Tonopah, Hawthorne and Fallon with Sandoval planning to celebrate each one.

The electric highway concept was announced last summer and once the first phase is completed, more state routes will be electrified. Sandoval is focused on the New Nevada being incredibly tech savvy and this is a step in the right direction. The additional routes planned include U.S. Highway 93 from Las Vegas to Wells, state Route 318 from north of Alamo to Ely, U.S. Highway 50 from Fernley to Ely, and Interstate 80 from Fernley to the Utah state line.

The installation of these charging stations is meant to reduce and hopefully eliminate “range anxiety”, which electric car owners experience when they won’t have enough charge to reach their destination. 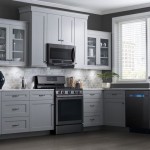 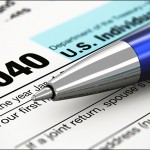