NeoLith is having office space developed in Reno, Nevada. An offshoot of Schlumberger, a global oilfield services company, NeoLith isn’t after oil in the Silver State. In the Clayton Valley outside of Tonopah, NeoLith is looking for lithium – the key ingredient in the recipe for electric vehicles.

The International Energy Agency reported in May 2021 that the energy sector is becoming a major driver for demand of minerals and that by 2040, technologies including electric vehicles and large-scale batteries could drive nearly 90% of the demand for lithium. Much of the lithium that is now consumed in North America is mined and processed in Australia, Chile, and China. To secure these minerals over the long-term, the creation of a domestic supply chain is critical.

Apart from NeoLith and across western Nevada (Reno, Fernley, and Carson City), companies are buying warehouse space and constructing miniature chemistry labs. These companies are also looking to attract experts and engineers from the lithium-oriented world, the oil and gas industry, Tesla, and other mines across the west coast.

Lithium appears as a white powder after it is processed, earning it the nickname of “white gold”.  With Nevada ranking as the most attractive province for mining in the world due to its ample federal public land, the new white gold rush is on. The lithium rush is nothing new, but recent years have accelerated the attraction as auto manufacturers and global economies commit to producing all-electric vehicle fleets and further moving away from fossil fuels.

The emphasis placed on new mining, for some projects, has prompted significant concerns and scrutiny from environmentalists and rural communities that are no strangers to extraction. Some communities are reluctant about being on the frontlines of the global energy transition. This is especially true with efforts to permit hard-rock lithium projects and create new surface mines.

Some experts see promise in the direct lithium extraction (DLE) process. DLE would do away with pumping large amounts of bring into ponds for solar evaporation, a practice that is commonly used and could cause major damage to playas across the west coast. The evaporation method can also take several months as there is a wait for the brine to disappear. On the other hand, DLE uses a closed-loop system. Brine is removed from a groundwater aquifer, then processed in real time and injected back into the aquifer, with only an estimated 15 percent water loss. Because it is a continuous process, it will happen in days rather than 18 – 24 months.

As some operators are pushing the development of DLE, there are several companies pushing forward with open-pit mines that resemble the types of surface extraction used for other metals, such as gold and copper. Lithium is already mined this way in Australia and China. Companies developing these projects argue that they are needed in the U.S. to secure a domestic supply.

While the future of lithium in the United States remains unclear, Nevada is sure to play a key role in lithium recovery and the supply chain for batteries, especially with its geologic potential and the presence of the Tesla Gigafactory nearby. 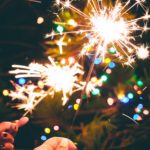