Elevation Entertainment is staking a claim in Reno, Nevada with its latest project. A new hotel-casino resort will be built at the corner of Kietzke Lane and South Virginia Street. When completed, the new development will include a rooftop pool and lobby bar, with further plans to include a public park, restaurants, a food court, and beer garden.

“This project is going to be a complete game changer for entertainment in Reno,” said Ryan Stone, co-owner and CEO of Elevation Entertainment. “Reno deserves it and needs it, and when people see the design and how much detail we put into making this great, people are going to be excited.”

“We started looking at Reno’s demographics, the growth of the city and the fact that there hasn’t been a new (hotel-casino development) in Reno for decades,” Stone said. “We also liked Nevada’s pro-business approach while California had a different approach.”

When Elevation Entertainment decided to buy the land in 2020, the company was looking to diversify its portfolio. The interest in Reno began after California instated mandatory business closures due to the pandemic. The site is located on a busy intersection of Reno that has remained vacant for many years and was the perfect fit for the company.

Back in 2016, Southern Nevada-based Station Casinos put forth plans to create a casino on the same parcel. The plans included a 90,000 square foot facility with close to 21,000 square feet of gaming space, a sportsbook, and sports bar. The casino would include a five-screen cinema, 12-lane bowling alley, and four restaurants.

Station Casinos was affected by the pandemic, forced to demolish and sell a few of its Las Vegas properties. The company had listed two of its Reno properties for sale, but still wished to move forward with the development of its new Reno project. After two years of many moving parts, Elevation Entertainment brokered a deal to take on the site.

“What we have really been doing is taking underused and undervalued sites and redeveloping them. We were fortunate to run into the Station site and saw its immediate potential,”  Stone said. “It took two years to put all the pieces together. That’s the reality. It’s a complicated deal with a lot of moving parts but we’re good at complicated deals.”

In addition to the Station Casinos’ 7.76-acres, Elevation Entertainment also acquired a 12-acre property nearby. The additional acreage will allow the project to have more options with the space, like additional hotel rooms. The Firecreek Crossing Resort-Casino will include 201 rooms and 48 suites once it is completed.

Station Casinos were unable to include a hotel on their original plan proposal likely due to lack of space. Elevation was unsuccessful at planning the current project on the original site and sought out more land to make the site buildable.

The gaming floor of Firecreek Crossing Resort-Casino will span 62,300 square feet, but will be just one part of the overall experience. The addition of a public park with various amenities, like music and entertainment, will create a welcoming ambiance.

“What you’re going to see as our main amenity will be the public park on South Virginia Street,” Stone said. “It’s going to be equivalent to a beer garden with multiple restaurants and a food court, lots of fire pits and hanging lights.”

“It will be a place for the community to enjoy the great outdoors,” Stone added. “We’re really going to play off what makes people want to live in Reno, and that’s the experience outdoors.”

The new-to-town company plans to engage in community activities to get involved in Reno. Elevation looks to donate space from a planned 20,000 square foot conference center for public events. The energy and growth in Reno is the perfect place to create something new and exciting for visitors and locals to enjoy. The company expects the project to help drive competition and breathe new life to the area and surrounding businesses. 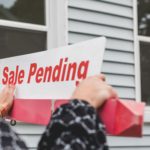